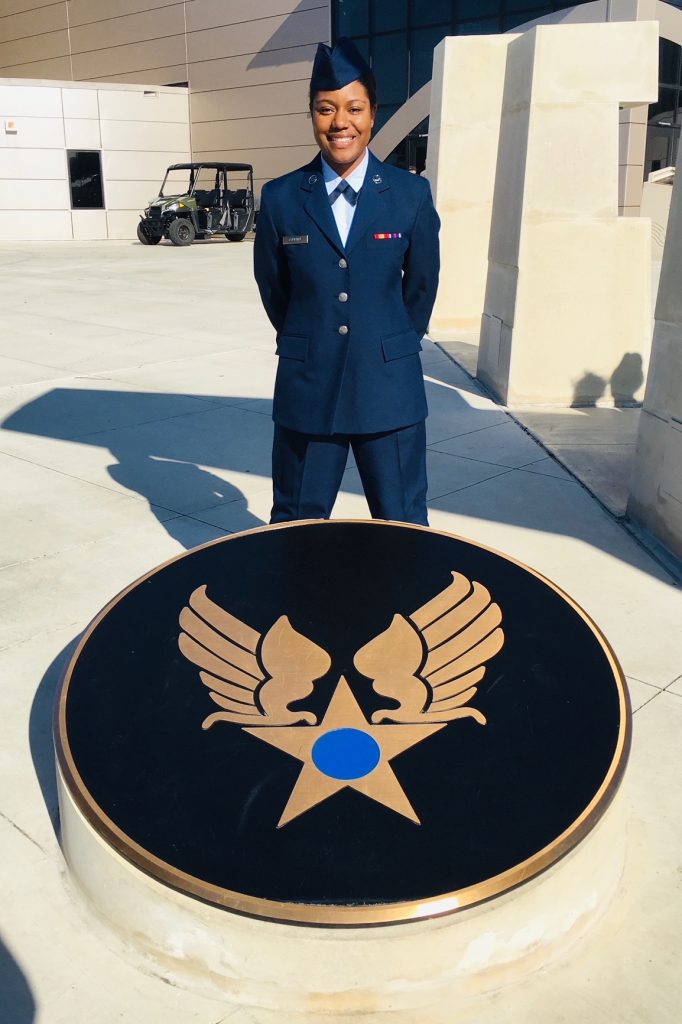 River Ridge High School graduate Denise Ojukwu decided not to follow in her older sisters’ footsteps when it came to college. Student loans were not going to be a part of her future. Denise’s solution? She joined the Air Force.

Her oldest sister, Chidi, is a graduate of Mercer University in Macon and is now in medical school at Morehouse University in Atlanta. Zoey, her second sister, is an undergraduate student who is studying public health at Georgia Southern University in Statesboro. But while Denise was still a student at River Ridge, the inquisitive coed began to study her options while keeping in mind that she had to get additional education. She was adamant that she didn’t want to begin a career “saddled” with thousands of dollars in student loans.

Following her high school graduation in 2019, Denise joined the Air Force, and she has no regrets. “In my opinion, the Air Force is more education-driven than the other military branches,” Denise said. “I am striving to become an RN, and the Air Force has the programs to allow me to do this.”

One often hears boot camp can be especially tough on young recruits, but that was not Denise’s takeaway: “Our ‘boot camp’ is called basic military training or BMT. It was a fantastic experience that I will never forget. I learned that what you think your limit is, is not necessarily so. You can go far beyond that.”

Denise is moving up the ranks in the Air Force. She earned promotion from an E-3 Airman First Class (A1C) to E-4 Senior Airman (SrA). She currently is stationed at Tyndall Air Force Base near Panama City, Florida, and is halfway through her six-year enlistment contract.

When asked what she would tell young people who are undecided about their plans for the future, Denise said, “My advice is to explore multiple options. There is no rush in planning your future. Things can change in a split second. Live in the moment. Make mistakes, and learn from them.” Sound advice from the Woodstock native.