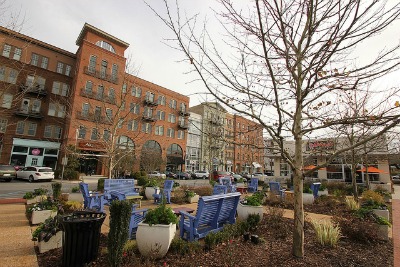 The accolades for Woodstock just keep coming.  Earlier this year it was named among the “Most Affordable Places to Live in Georgia”, then earlier this month it was named as “One of the Best Georgia Cities for Young Adults”.  The latest honor bestowed on the city of Woodstock is being named number eight in the best 10 places to live in Georgia by the Movoto real estate blog.

Cherokee county overall was well represented with the City of Canton also being named to the list and being named number one overall.

In this designation, Movoto cited that Woodstock ranked 14th best for its overall quality of life, residents make a median household income of $64,086 and that the median home and rent prices are 50 and 47 percent higher than Georgia’s median respectively.

In their analysis they also said:

“Woodstock’s historic downtown isn’t just packed with charm; it’s also packed with amenities. From Century House Tavern to some of the best southern barbecue in the city at J. Miller’s, Woodstock is brimming with local flavor.”

To compile this list Movoto looked at all places in the state with a population of 10,000 or more residents (81 in total) then evaluated the following criteria using data available from the U.S. Census, FBI, and business listings.

They then ranked each city on a scale of 1 to 81 based on the above data with one being the best possible score. That number was then averaged and the cities with the lowest numbers were named the best in the state.

The 10 Best Places In Georgia By Movoto Real Estate