Meet the Cast (My Family)

Remember Mr. Johnson? He’s my nemesis neighbor who’s a little obsessed with me. And, by a little, I mean he lives and breathes to torment me. In fact, one time he even faked his own death so I’d give him mouth to mouth. Blech! So when he creeped around our house this past week, my fur family and I were ready for him!

I was chillaxin’ in my yard when Violet, who had been gnawing on her favorite bone, jumped up with a complete look of horror on her face.

Mama Kitty, who had been grooming herself, ran over to see what all the fuss was about. I knew she’d spotted it, too, ’cause she gasped, then immediately started gagging.

With her back hunched, she made that gross sound that only cats do. “Gack! Gack! GAAAAACK!” In a flash, a giant ball of yuck shot from her mouth, followed by a loud thud.

The furry slime nailed its intended target, and Mr. Johnson stood in shock. Then he got mad — really mad — as his attempts to clean it off only resulted in spreading it further. I watched with pure delight.

Just then, Yogi ran up with a sack that weighed more than he did. With superdog strength, he heaved it over his head and flung it.

He smiled up at us, clearly proud that Mr. Johnson now was covered with both Mama Kitty’s fur ball and ooey, gooey syrup.

“Could this day get any better?” I thought.

Yes, it could, as it turned out, because outta nowhere, Violet grabbed her bone and chucked it. The bee’s nest that she knew was in the rose bush next to Mr. Johnson erupted, and they were on him faster than she-dogs on me. 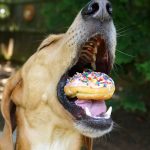 Swatting himself like a wild banshee, he screamed and took off running down the trail where he’d come from, breathlessly panting, “I’ll get you Spaz Man … ”

We celebrated that night with maple doughnuts, in his honor, of course. Here’s to Mr. Johnson! And here’s to sweet, sweet revenge! Bahahahahaha! 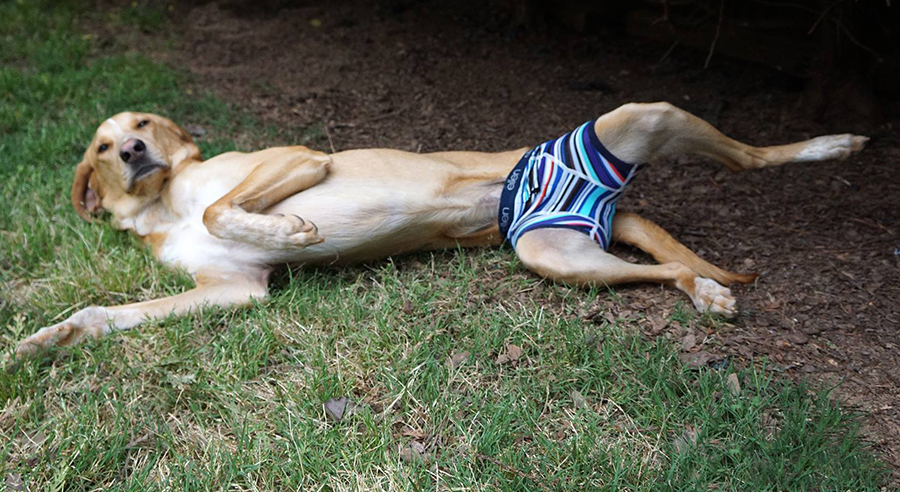