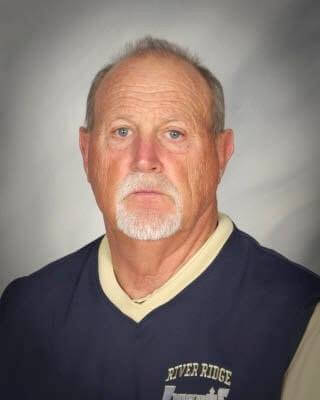 Mr. Baker was nominated by River Ridge Principal Darrell Herring in recognition of the exemplary job that he has done in performing his duties and fulfilling his responsibilities since being named the school’s first Athletic Director in 2009. In the past four years, the school has won eight region championships, with five region runner-ups and 21 teams making it to State competition. Mr. Baker began his coaching career in 1976 and joined the Cherokee County School District (CCSD) coaching and teaching staff in 1998.

Mr. Herring praised the professional way in which Mr. Baker interacts with everyone involved with the school’s athletic program – student athletes, their parents, coaches and other staff and volunteers, booster groups and the community at large. He has provided administrative leadership, supervision and management that has strengthened and improved the quality of River Ridge High’s overall athletic program and is proactive in addressing issues and resolving problems in a manner that results in positive resolutions.

Over the last five years, he has also ushered the River Ridge High School Athletic Program from a fledgling program in Class AA to a regular contender in the Class AAAA program. Next year, the program will make the jump to Class AAAAA to join its county rivals Creekview and Sequoyah. This final move is one that Mr. Baker was instrumental in accomplishing but will not participate as he is retiring at the end of the 2013-2014 school year.

Mr. Baker was recognized for this achievement by the Superintendent of Schools, Frank Petruzielo and the entire Cherokee County School Board at a recent School Board Meeting.