Beginning July 1, it will be illegal to hold a cellphone while driving in Georgia. Drivers will be required to use a hands-free device if they make a call. Penalties are in place for motorists who break the law.

Deal traveled to Statesboro, the home of Georgia Southern University, to sign the bill. The families of five Georgia Southern nursing students who were killed in a crash on Interstate 16 in April, 2015 — attributed to another driver’s distracted driving — joined Deal as he signed the bill into law.

“This is our effort to make sure that these tragedies are not going to occur needlessly again,” Deal said during the bill signing ceremony.

Deal became emotional during the signing. He told the families, “I know that this legislation does not mend your broken hearts. I know that it does not make your hearts whole or relieve you of your memories. But, hopefully, it will prevent the same kind of pain and tragedy being suffered by other families in the future.

“So, this is our effort to make sure that these tragedies are not going to occur needlessly again. That somebody is not going to be able to simply become so distracted with a device, although it has uses, it does not have any use when you are supposed to be putting your attention on the roadway and the safety of those on the roadway with you. It is too often, too often the case, that we see lives lost in single-car crashes, in multiple-car crashes, or in crashes with big rigs such as the one that happened here. It’s time, and this legislation is Georgia’s way of saying today is the day that we say no more.”

Lawmakers who supported the bill said there is an epidemic of distracted driving cases.

Distracted driving is defined by the Centers for Disease Control and Prevention as driving while doing another activity that takes your attention away from driving. Approximately nine people are killed each day in the U.S., and more than 1,000 injured, in incidents reported as involving a distracted driver, the CDC says.

During daylight hours across the U.S., approximately 660,000 drivers are using cellphones or manipulating electronic devices while driving, according to the National Highway Traffic Safety Administration.

In September 2017, Cherokee Sheriff’s Department deputies in unmarked cars spent a week in the Towne Lake Parkway area to observe distracted driving and hand out information about the dangers of distracted driving. Deputies stopped 230 motorists who were using a handheld device or doing something to distract their driving.

“There were a lot of people on their cellphones, or watching videos on their phone or a tablet,” said Sgt. M. Kelley, public information officer for the Cherokee Sheriff’s Office. “But it wasn’t just handheld devices. People were reading a book while driving, or putting on makeup, or even eating a full meal.”

Kelley said the department conducted the exercise to alert drivers to unsafe driving practices due to the high number of traffic deaths in the county. There were 35 traffic fatalities investigated by the sheriff’s office in 2017.

“I would not be surprised if a few of those were from distracted driving,” Kelley said.

Kelley said she hopes the new law will help.

“The sheriff’s office is not out there to write 100 citations every day for people being on their cellphones, or any other devices. But we want people to know that this causes accidents every day. We hope that, with the law being enacted, people will understand this is dangerous and help us be proactive.”

To read more about the new law, go to the Governor’s Office of Highway Safety website at: https://www.gahighwaysafety.org/highway-safety/hands-free-law.

– Carla Caldwell, editor of Around Acworth

Under the Hands-Free Law

Drivers Cannot:
• Hold or support, with any part of the body, a wireless telecommunications device, such as a cellphone, or stand-alone electronic device, such as an iPod. The use of an earpiece, headphone device, or device worn on the wrist, such as a smartwatch, to conduct voice-based communication is not prohibited.
• Write, send or read any text-based communication, including text message, instant message, e-mail or internet data on a wireless telecommunications device.
• Watch video or a movie, other than watching data related to the navigation of the vehicle.
• Record or broadcast a video.

Drivers Can:
• Text if they use technology that converts voice to text messages.
• Use a handheld device for navigation of a vehicle or for global positioning systems purposes.
• Have a phone in hand to make emergency calls to report a traffic crash, criminal activity, fire, medical emergency or hazardous road conditions.
• Use a handheld device in a vehicle if lawfully parked in an area open for parking. 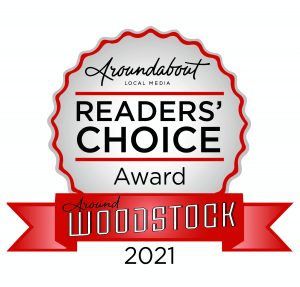