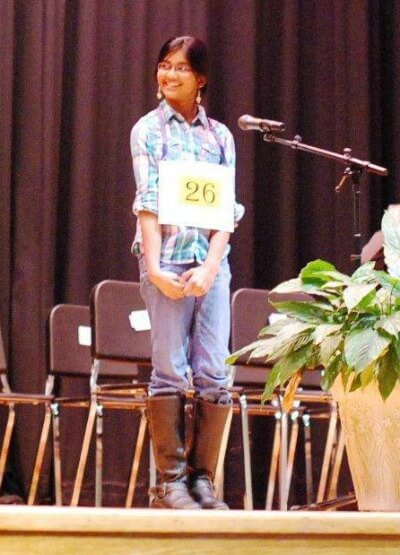 Each elementary and middle school sent its school-level winner to the Cherokee County Spelling Bee in hopes of taking home the title and a chance to advance to the district competition. Students in grades 4-8 are eligible for the competition. The group of super spellers went through eight rounds of words before a champion was declared in the event, which was held at Cherokee High School.

The first, second and third-place winners will compete at the District Spelling Bee March 1 in Cobb County. The super spellers ran through more than 80 words during the competition, including tricky terms like “scintillation,” “epizootic,” “bourgeois,” “accoutrement” and “dodecahedron.”

The event is sponsored each year by Cherokee County Association of Educators and the Georgia Association of Educators. Lillian Burnaman welcomed the audience and spellers; Ana Pettit served as caller of the words; Kathryn Smithyman, Peta Murray and School Board Chair Janet Read were judges for the event; spotters were Phyllis Ailes and School Board Member Patsy Jordan.

The full list of 2014 Spelling Bee School Winners are –