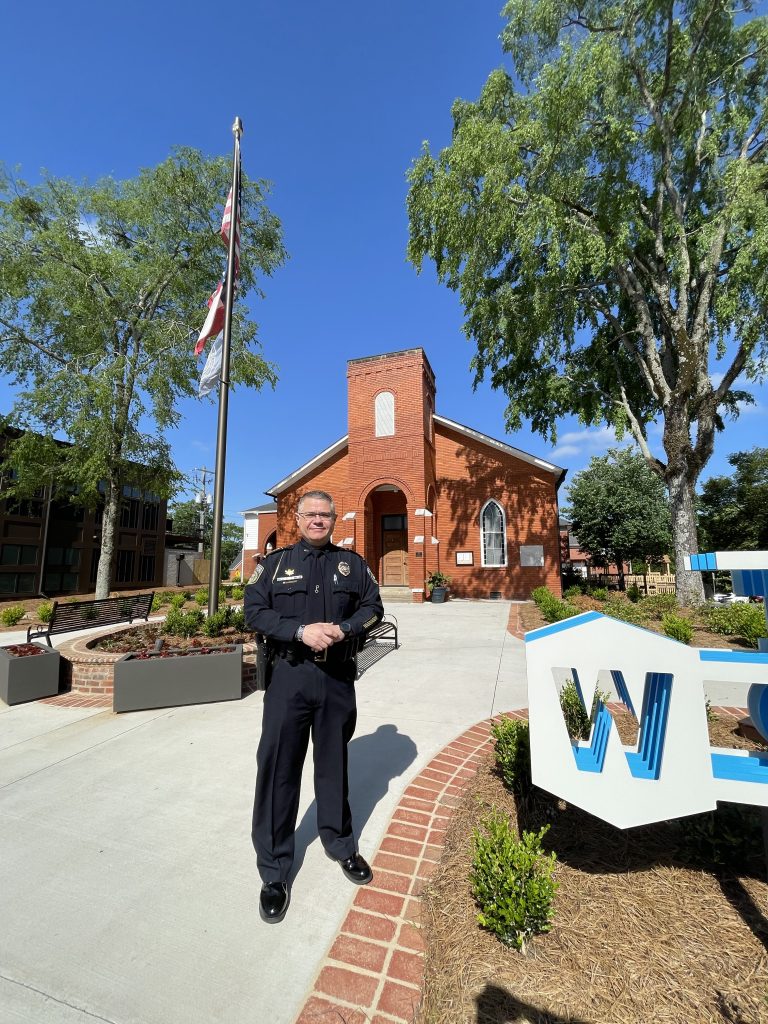 Throughout his career, Robert Jones has led law enforcement agencies into creating stronger and lasting bonds with their communities. A former Adairsville chief of police and warden of the Carroll County Correctional Institution, Jones demonstrates strong expertise in law enforcement, administration, community-based policing and emergency management. He began his law enforcement career with the Gordon County Sheriff’s Office in 1999 and later served as a police officer with the Rome Police Department, a police supervisor with the Georgia Army National Guard, and a Drug Enforcement Administration task force officer with the Bartow County Sheriff’s Office. Chief Jones is a U.S. Marine Corps veteran and has led troops in peace and combat missions around the world as a platoon sergeant. He has served as an adjunct professor at Columbus State University Law Enforcement Command College since 2019.

What drew you to Woodstock?
Woodstock has an excellent reputation as a community, and its police department has been a direct reflection of the community. I want to become a part of such a community and organization that sets the benchmark for community standards.

What is your vision for the Woodstock Police Department?
My vision is to be the most professional law enforcement agency in North Georgia. We will continue to use public approval and accreditation as the measure of our success.

What is your favorite part of the job?
My favorite part of being in law enforcement is still helping those in need and meeting the needs of the community I serve. I have devoted my life to serving my community and country. I hope to continue that trend in Woodstock.

Describe an incident that stands out most in your career.
In January 2013, I was the chief of police for the city of Adairsville. It was hit by a devastating EF-3 tornado that caused more than $73 million worth of damage to the city. The officers of the department worked closely with the community and helped those who were homeless and displaced. The department and the city worked tirelessly and seamlessly with the faith-based community to clear debris and trash from the roadways and yards. This enabled utility crews to have utilities restored within 24 hours. All this was made possible by communities and government working together in how it was designed. This model has since been duplicated throughout the state and utilized in other natural disasters.

What is the best advice you’ve received?
“You can teach skills, but what you can’t teach is humility and attitude.”

What are your hobbies?
I enjoy running, hiking, kayaking and reading.

What is your proudest accomplishment?
Developing leaders is my proudest professional accomplishment. As a leader, you always should be training and mentoring your staff to be prepared to take the next step in their career. A succession plan not only benefits the individuals pursuing career goals but also the continuity of operations in a department.

In my career, I have had the honor and privilege to train and prepare a number of men and women to become chiefs of police and wardens of prisons. As I have progressed and moved throughout my career, I have left the departments in the capable hands of leaders I trained to take my place. Additionally, those leaders have used the same methods to develop their successors. Ultimately, leadership is a result of modeled ethical behaviors.

Where is your favorite place you’ve visited?
The most interesting place I had the opportunity to visit was the Vatican. I saw Pope John Paul II on Easter in 1996. I was in the U.S. Marines during this time, and our ship had made port.

What song would you say best sums you up?
“Eye of the Storm” by Ryan Stevenson. 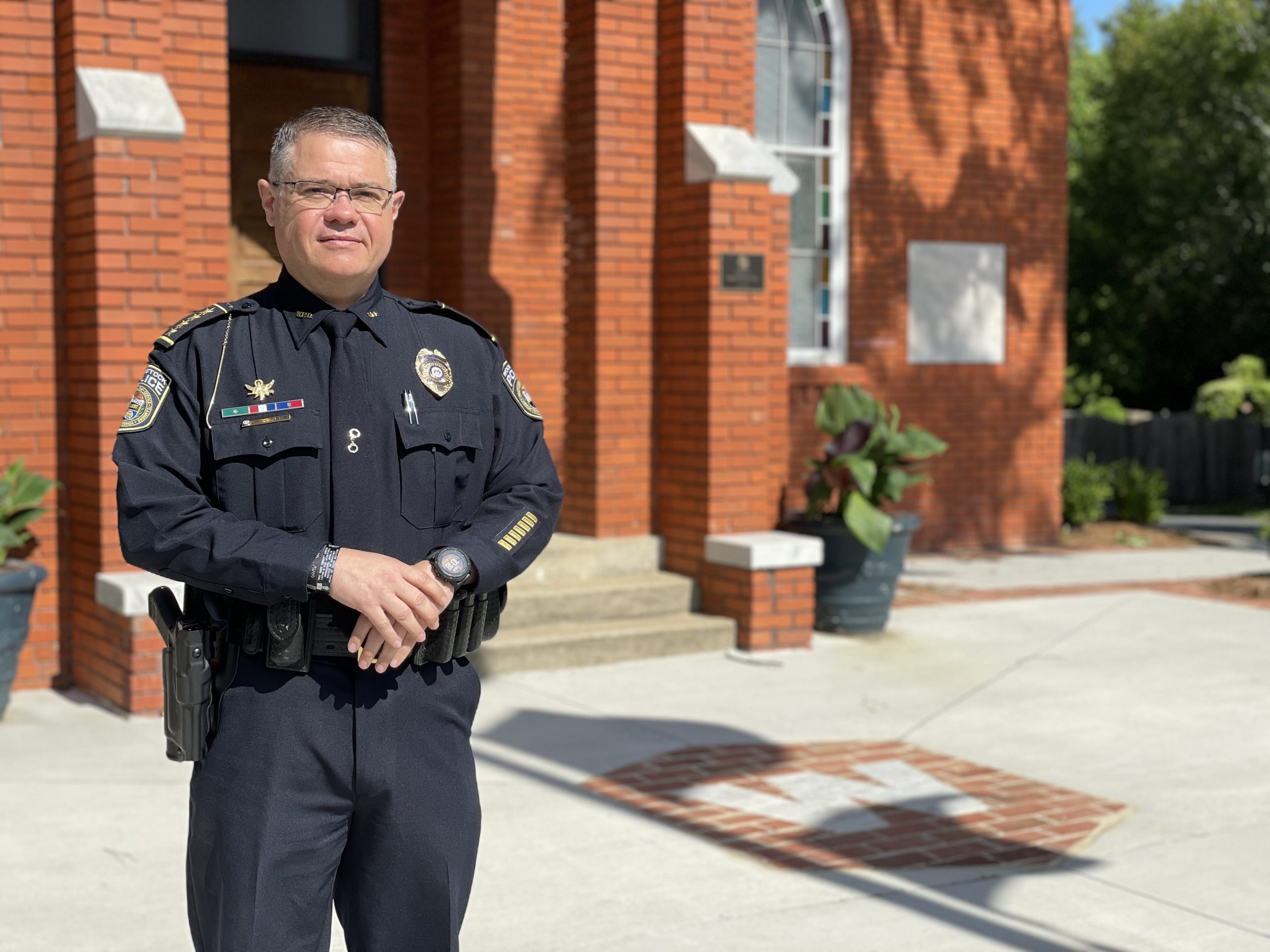