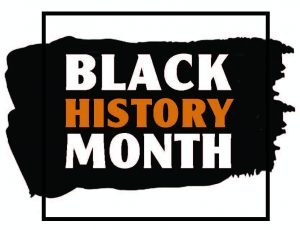 The month of February has been recognized as Black History Month in America since 1970. Prior to that, beginning in 1926, only a week — the second week in February — was devoted to the study and the observance of Black history.

Why the second week? The birthdays of Abraham Lincoln (Feb. 12) and Frederick Douglass (Feb. 14) were during that week. The purpose? To teach the neglected history of Black people in the public schools in the United States. In 1970, the observance was expanded from a week to Black History Month. During this month, emphasis continues to be placed on the people, places and things that Black people have contributed to the world.

Local retired attorney Charles “Chuck” McGhee is a strong advocate of this observance.

“Black History Month is an opportunity for young people to learn about the accomplishments of people of color that did not manifest itself in our traditional history,“ McGhee said.

In fact, the Birmingham, Alabama, native is a part of this history. He participated in many marches, sit-ins and other forms of civil disobedience during the 1960s.

“I was personally involved with the demonstrations that Birmingham was known for because of fire hoses and dogs. I was among those arrested and jailed, but later released, because of lack of capacity in the jail,” said McGhee, a former Allstate manager.

“In 1963, I lived in walking distance from the infamous 16th Street church bombing in Birmingham, where four young girls were killed. The bomb shook our house when it exploded. The girls who were tragically killed were students in the same school that I attended.”

McGhee brings that same passionate fervor that he had in the civil rights struggle to helping minority students finance their college education. Each year, he devotes countless hours to helping organize a fundraiser, the ATC Golf Tournament, the proceeds from which go to the Allen Temple AME Church MLK JR. scholarships.

For the past 20 years, the Canton resident has worked untiringly to see that those high school graduates in Cherokee County who are college-bound receive some financial assistance. Originally, this was the idea of the retired Allen Temple pastor, the Rev. Carl Moore Sr., who wanted to establish scholarships for minority students in Cherokee County. The golf tournament grew out of this idea.

Among the many students aided by the scholarships are Chidi Victoria Ojukwu of Woodstock and Jonathan Taylor of Canton. Jonathan, a 2020 graduate of Middle Tennessee University (Murfreesboro), said the money from the scholarship helped him buy books and other supplies. Today, he is a music producer and a rapper. He recently released his first video.

Ojukwu, a 2019 graduate of Mercer University in Macon, currently is a student at Morehouse University School of Medicine.
Her mother, Cornelia Ojukwu, said the scholarships represent a community effort to help our young people who aspire to a college degree. “They are an incentive for our children,” she said.

In spite of the pandemic, McGhee, an alumnus of Tuskegee University, and others are continuing to make history with their commitment to assisting college students financially in achieving their dreams of earning a college degree.

By Margaret Miller, a native of Chapel Hill, North Carolina, and moved to Woodstock 14 years ago. Her writing hobby led her to become a columnist for community and daily newspapers.