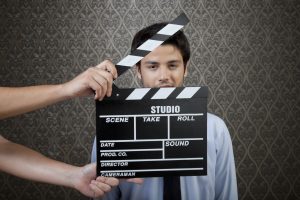 With Atlanta film production continually on the rise, so is the number of roles available to local actors trying to break into the business.

More roles means more opportunities to show casting directors that Southeastern actors are ready for the challenge. Although many auditions are still put on tape to include nonlocal talent, live auditions are becoming more and more prevalent. For those hungry to break into the business, or others curious about what the process is like, here are a few tips for tackling the audition room.

1. Be prepared.
You might be thinking, “Well, obviously,” but preparation goes far beyond memorization. It’s about more than knowing your lines — it’s about knowing your character, and what drives those words on the page. Often, you won’t receive the full script for an audition, only short sides that provide a small window into the story. If it doesn’t tell you … make some choices.

While it’s important to know your lines, it’s even more important to know why your character is saying those words in the first place. That way, should you forget a line in the heat of the moment, you can remain calm and collected. Why? As an expert on the character, you already know what he or she would say.

2. Know your worth.
Be confident! Easier said than done, right? Instead, try to think of it this way: There’s a reason they wanted to see you. Much of the audition process is out of the actor’s control, like predicting all the factors that inevitably will contribute to the final casting decision. All you have control over is yourself.

3. Be nice.
That’s it … just be nice! At the end of the day, casting directors are hiring you for a job, in the same way hiring managers do for positions in other fields. No one wants to hire someone who will be difficult to work with — for any job. Acting is no different. So, rid yourself of any ideas about high-maintenance stardom and, instead, be flexible. Be kind. Be human. If two actors are neck and neck in the casting director’s eyes, and it looks like one will be a diva and the other a breeze to work with, who do you think will be chosen?

By Madison Erceg contributing writer and Woodstock resident who works in front of and behind the camera.