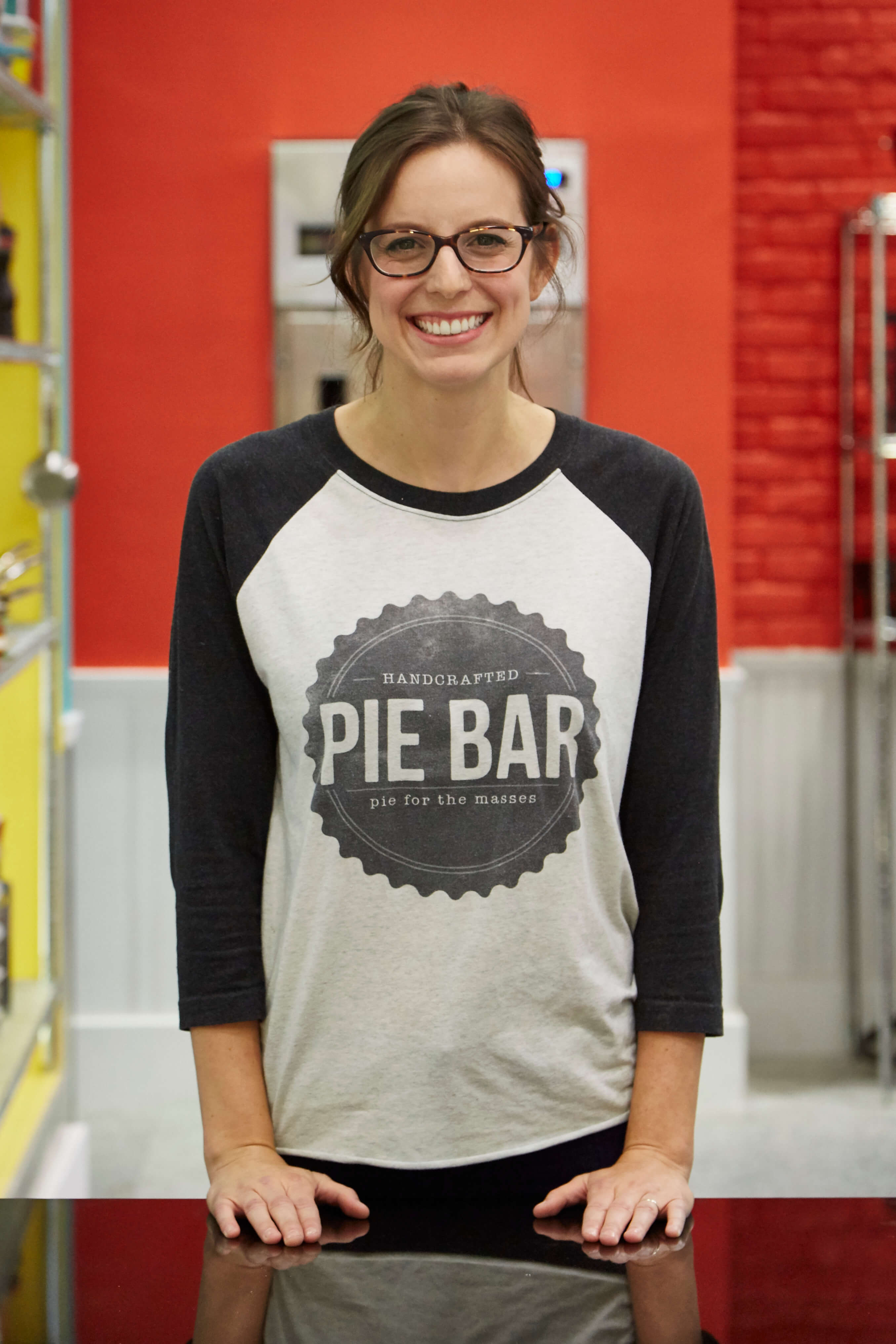 Lauren Bolden is somewhat of a local celebrity in Woodstock. Lauren and Olivia Pisano won an episode of Sugar Showdown on the Cooking Channel recently, bringing home a $10,000 prize and bragging rights not many can claim. Lauren and husband Cody started Pie Bar in August 2014 by selling pies at farmers markets and other local venues, then moved into a permanent space on Main Street in August 2015.

“We have now been open for 15 months and we offer one thing – pie. You can get it by the slice or pick up a whole pie, but that’s it! It has been a running joke in my family, because my late Grandfather used to say ‘Lauren, you should really sell more stuff! Just pies? What about muffins? Where are people going to get their muffins?’ So now anytime anyone comes into the store and asks, ‘Just pies?’ I always say ‘Just pies. No muffins.’”

How did you get onto the show?

A large part of our business growth has come through social media. We are able to connect with people all over, not just people in our region. And that’s how they found us and asked if we would be interested in auditioning. We made an audition tape and modeled it after the old MTV show “Cribs,” but instead we were showing off our pie shop. It ended with my now head baker, Olivia, and I having a dough roll-off. She won.

Was the showdown easier or more difficult than you thought it would be?

I wouldn’t say it was easier or more difficult than I expected, per say. I expected it to be a challenge, and it was! I was familiar with the show, so I knew going in that it would not be easy. That is one thing Olivia and I were prepared for, we knew the time limits were tight and the unfamiliarity of the kitchen would pose some challenges, so we practiced. Our shop is closed on Sundays, so we would come in and practice baking pies under tight time restraints. We would go out into the retail portion of our shop, I would hold a timer, and shout “GO!” and we would literally run into the kitchen hold ourselves accountable to that time.

Overall, I really enjoyed the experience. It was really cool to be in a space dedicated to making a TV show about food. Anyone that knows me can attest, my two favorite things are food and TV. It’s an obsession.

What surprised you most about the experience?

I was surprised by how nice everyone was! You don’t expect to go into a competition-based show and like your competitors, but they were all so great! Pie seems to be ubiquitous and has a way of bringing people together. I love spending time with other pie bakers and learning from their experiences, good or bad. There is a bit of a pie community where we all kind of know one another (through social media) and really celebrate each other’s victories and offer friendship and support when things don’t go as planned, so anytime I can meet more people from that community and grow that friendship in real life as opposed to cyber-life, I am so happy.

Which pie took you over the top?

During our episode, we were asked to bake three pies. The first was a pie based on peanuts, so we did a spinoff of our Peanut Butter Cream Pie. It got two good reviews and one not so good. The biggest challenge for us with that pie was the crust! We like to use chocolate sandwich cookies and peanut butter cups for the crust at the shop, but they were not available in the competition kitchen! So we quickly grabbed some similar items and did what we could!

The second round was based on a secret ingredient and a theme. Our secret ingredient was revealed as pretzels and our theme was tailgating. I was so excited because tailgating is a way of life in Georgia. I was very much in my comfort zone. We made two pies. The first was a margarita pie with a salted pretzel crust and the second pie was our traditional buttermilk filling, but we topped it with toasted pecans and pretzels and then added a bourbon and pretzel caramel. I like to think it was a combination of those two pies that helped set us apart. We used tequila in the whipped cream for the margarita pie and bourbon in the caramel for the buttermilk pie, so I think it is safe to say, we were there to win … or at least tailgate something.