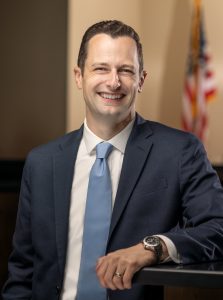 Margaret Thatcher is famous for saying, “Plan your work for today and every day, then work your plan.”
Between my time serving as mayor and the eight years I spent in Georgia’s House of Representatives, I’ve learned a critical differentiator in local government: Planning is everything.

The city of Woodstock excels in planning and, more importantly, in executing the plan. Last month, I told you about our comprehensive transportation plan, and that is just scratching the surface. We have won awards for our Livable Centers initiatives, our Smart Communities Challenge initiatives, as a Certified Green Community, and so much more. We were recognized by the Georgia Department of Community Affairs as one of 10 PlanFirst Communities in Georgia.

Our city manager often references making sure that our planning documents don’t collect dust on a shelf. As the “Iron Lady” taught us: Plan your work, then work the plan.

That’s why I’m so proud of the annexation growth boundary agreement that our City Council has adopted with the Cherokee County Commission, the first of its kind in decades. While I was running for mayor, I committed to focus on developing a growth boundary with the county, and, on April 11, the City Council unanimously adopted a Memorandum of Understanding, establishing one for the next six years.

The growth boundary agreement is a document that defines and limits future growth for the city. The document isn’t legally binding, but it represents an agreement between both governments that the city will limit its annexations to areas inside the boundary, and the county will not oppose annexations within those borders.

The past few decades have seen some contentious growth disputes between Cherokee County and several of its cities. These issues aren’t unique to our county, but growth boundary agreements are an excellent tool to avoid preventable strife. By coming to a mutual agreement on where a city’s natural boundaries should progress, we avoid individual disputes each and every time an annexation conversation arises.

The plan guides sensible growth and aligns character areas. It provides a path forward to ensure Woodstock, as the 29th largest city in the state and among the fastest growing in the nation, can continue to thrive as a vibrant downtown community, while also ensuring that the rural communities throughout the rest of Cherokee County are preserved.

Woodstock’s population has nearly doubled each decade for 30 years. Establishing boundaries and preplanning is the only way to ensure that growth works in favor of those of us who already call this place home. It is my mission as your mayor to ensure the growth that comes to Cherokee County works for us rather than happens to us.

The Woodstock Growth Boundary encompasses an area generally around the current city limits. On the south and east sides, the area extends to the county lines with Cobb and Fulton, south of Highway 92 and Little River. On the west side, the area runs along 92, stopping shy of Bells Ferry Road. On the north side, the line stops at the city of Holly Springs and ceases on Arnold Mill Road at Trickum Road. It represents a long-term outlook that keeps our governments focused on rational, real solutions for the citizens we represent.

We each owe our City Council and city staff a big thank you for making this agreement a priority. The council and the commission put the future first and accomplished a historic win for our communities.

I’m proud of the work our city is doing to look forward. As I have told you before, the mission of my administration is to build a city that our children will be proud to inherit. Long-term strategic planning is a critical component in accomplishing that mission, and I’m proud of the work all sides put into getting this agreement across the finish line.